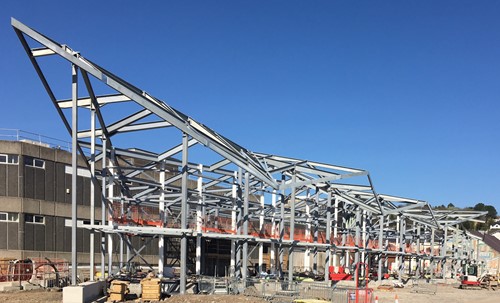 Merthyr Tydfil County Borough Council has been awarded £6.3m to manage exciting transport developments across South East Wales, including the Metro project and electrification of buses and taxis.

The Council is managing both schemes on behalf of the Cardiff Capital Region Transport Authority (RTA), which comprises 10 local authorities. In Merthyr Tydfil, the funding will support the development of a new railway station at Pentrebach and electric vehicle charging for buses and taxis at the new bus station.

“The Council is delighted to be at the forefront of delivering transport improvements across the region by managing the funding for both the Metro Enhancement and Ultra Low Emission Vehicle Programmes,” said Council Leader Cllr Kevin O’Neill.

“We’re working closely with Welsh Government on plans for the new railway station and strategic park and ride facility at Pentrebach. Transport for Wales, on behalf of the Council and Welsh Government, is also carrying out feasibility work at the main railway station’s existing line, platform and building infrastructure,” he added.

“We continue to work in partnership with Welsh Government and Transport for Wales in identifying and developing exciting new transport proposals that will complement and enhance the significant investment in the Core Valleys Lines network and new Merthyr Tydfil Bus Station.”

The RTA announced yesterday that it had been successful in obtaining £5m from Welsh Government’s Local Transport Fund towards South East Wales Metro and Metro Plus schemes, which include a range of projects such as the Pentrebach Station.

A further £1.3m was awarded from Welsh Government’s Ultra Low Emission Vehicle Transformation Fund (ULEV) to assist with the delivery of electric vehicle infrastructure for public use, taxis and private hire, and buses at various locations and transport hubs throughout the region.

The County Borough Council had bid on RTA’s behalf for both sets of funding and will manage both schemes.