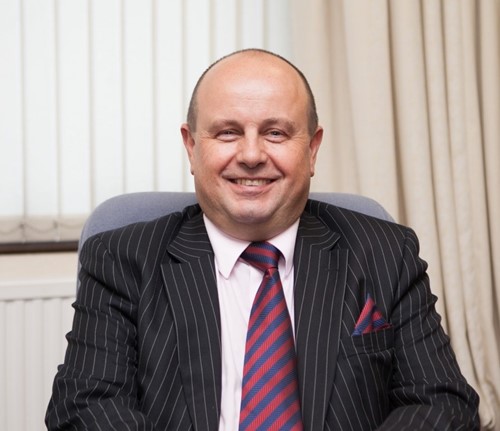 Gareth, who has served this Council for the past 17 years, asked for a statement to be read out on his behalf at a Full Council meeting last night, 17th May which said:

“It is with a heavy heart that I inform you that I have taken the difficult decision to retire as Chief Executive of Merthyr Tydfil County Borough Council on 31 July 2019.

“Having started my Local Government career in August 1977 and providing almost 42 years in service, the time is now right for me to spend more time with my family and pursue other interests

“When I joined the Council in 2002, there was no Cyfarthfa Retail Park, Phase 3 of East Merthyr was yet to commence, there was no Leisure Park or Swimming Pool. In addition, there was no Keir Hardie Health Park, Marks and Spencers had not arrived and neither had Trago Mills, however by successive administrations working together and making difficult decisions, much of that mentioned above and much, much more has been delivered to the community.

“I have also been honoured and privileged to lead a team of employees who are committed to delivering the very best for the communities of the County Borough, even in times of extreme austerity.

“I sincerely hope that during my tenure, I have played a little part in making Merthyr Tydfil County Borough Council a great place to be associated with and I know there is more to come.

Thank you to both present and past Councillors for allowing me to manage and lead this historic County Borough for the last 9 years and I wish you all well for the future.

The Leader, Councillor Kevin O’Neill said: “Since my election in 2017 I have had the opportunity to work closely with Gareth and seen the challenges that Chief Executives currently face in these times of austerity. Gareth has shown commitment and drive during his time in Merthyr Tydfil, which is evident by the regeneration of our County Borough in the past 10 years. Gareth is well respected by all officers and members of this Council and on behalf of the organisation I would like to wish Gareth all the best in his retirement and future plans.”

The Deputy Leader, Councillor Lisa Mytton commented: “I have worked closely with Gareth since my election in 2008. Gareth has a vast amount of knowledge and experience and has been a tremendous asset to the council and its communities throughout his service. I would like to thank Gareth for his continued support in my 11 years and wish him well in his retirement.”

Gareth gave a personal message to the employees of MTCBC saying: “After working for almost 42 years in local government, I have decided that now is the right time for me to leave the Council and enjoy spending time with my family and pursuing interests that I have not been able to do whilst working full-time. I will miss colleagues but am very much looking forward to a new chapter. “