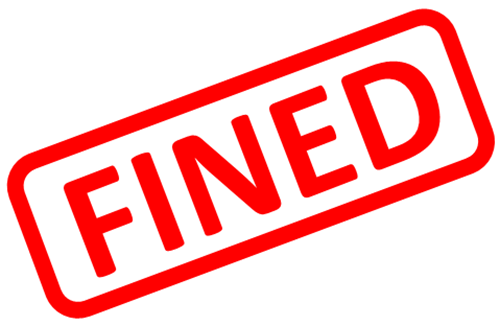 An operation by Merthyr Tydfil Trading Standards Team to tackle an increase in unlicensed scrap collectors within the County Borough has resulted in three successful prosecutions and the revocation of a Scrap Metal Site Licence.

Jeremy BOYES of Mountain Ash was prosecuted for unlicensed scrap collecting after officers booked an appointment for a collection of scrap metal in response to a social media advert aimed at residents of Merthyr Tydfil.

Boyes was found guilty in his absence at Merthyr Magistrates on 5 August 2020 for an offence under the Scrap Metal Dealers Act. The magistrates imposed fines and costs totalling £731.

Nicholas GRAY of Hengoed was prosecuted as a result of an unsolicited collection of a cooker which was located inside the garden of a property in Merthyr. Gray entered the property and removed the item without first obtaining the householder’s consent. At Merthyr Magistrates on 5 August 2020, Gray pleaded guilty to an offence under the Scrap Metal Dealers Act. The magistrates imposed fines of £433.

Undercover officers took an assortment of scrap metal to K Jones Scrap Metals at Cyfarthfa Yard, Merthyr Tydfil following information received that this yard was paying cash for scrap metal. Under the Scrap Metal Dealers Act, it is illegal for cash payments to be made in exchange for scrap metal.

The Officers were not asked to provide any identification by Kerry Jones, the site owner, and were paid in cash for the metal received at the site.

Jones was prosecuted and appeared before Merthyr Magistrates on 5 August, 2020, where he pleaded guilty to offences under the Scrap Metal Dealers Act. The magistrates imposed fines and costs totalling £975.

Paul Lewis, Head of Protection and Safety Services, said: “There are strict laws and regulations around the collection and disposal of scrap metal. This is to prevent against metal theft and fly tipping to protect our environment and the area we live in.

“These illegal traders undercut legitimate, licensed scrap collectors and have not been vetted to ensure they are 'fit and proper' to operate lawfully. We will continue to crack down on this illegal activity to protect the residents of Merthyr Tydfil from rogue traders."

Cllr Geraint Thomas, Cabinet Member for Regeneration and Public Protection, said: “This operation sends a clear message that illegal scrap metal dealing in Merthyr Tydfil will not be tolerated. We will continue to crack down on this illegal activity to protect our residents and the environment we live in.”

Residents can report anyone who they believe is an unlicensed scrap metal collector in confidence to https://www.merthyr.gov.uk/business/trading-standards/report-a-trading-standards-issue/