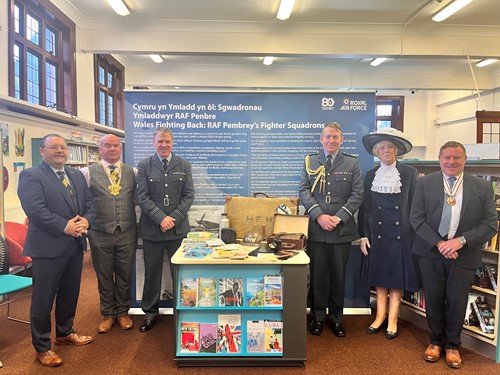 A touring exhibition telling the story of Wales’s contribution to the Battle of Britain opened yesterday (17 October) at Merthyr Tydfil Central Library.

The Wales and the Battle of Britain Exhibition, created by the RAF’s Air Historical Branch to commemorate the 80th anniversary of the event in 2020, is touring Wales and will be at the library until Friday (21 October). Admission is free.