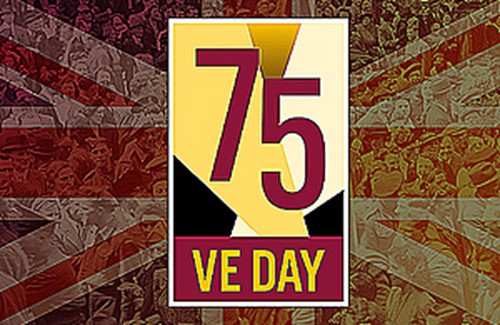 Merthyr Tydfil County Borough Council is asking residents to join in the Nation’s Toast to the Heroes of the Second World War on the 75th Anniversary of VE Day.

While many events planned for Friday, May 8, have been cancelled due to the coronavirus pandemic, organisations such as the Royal British Legion are encouraging people to mark the day from home.

A national two-minute silence is taking place at 11am for people to honour the service and sacrifice of the Second World War generation, and reflect on the devastating impact Covid-19 has had on so many lives across the world.

At 3pm, everyone throughout the UK is being encouraged to raise a glass of the refreshment of their choice and take part in the Nation’s Toast to the Heroes of the Second World War in tribute to the millions at home and abroad that gave so much.

Residents are being encouraged to make their own red, white and blue bunting to decorate their windows. Stay within your own gardens and keep to the government guidelines.

Merthyr Tydfil County Borough Council Leader, Councillor Kevin O’Neill, said: “On 8 May 1945 at 3pm, Prime Minister Winston Churchill made an announcement that the war in Europe had come to an end.

“While there were big celebrations and street parties, VE Day was also a moment of great sadness and reflection.  Millions of people had lost their lives with many continuing to fight in other battles or still prisoners of war abroad.  The 75th anniversary provides an opportunity to reflect on the enormous sacrifice of people from all walks of life and to say thank you.

“I would urge as many people as possible to mark the occasion, so long as the celebrations are held in your own home or garden, with just those you usually live with, following national social distancing guidelines.

“I would like to see us all make an effort to say thank you and mark the sacrifices made by our armed forces, and many others, during the Second World War, as they fought valiantly to secure our country’s freedom and that of many others across Europe.”

For more details or ideas on how to celebrate visit: