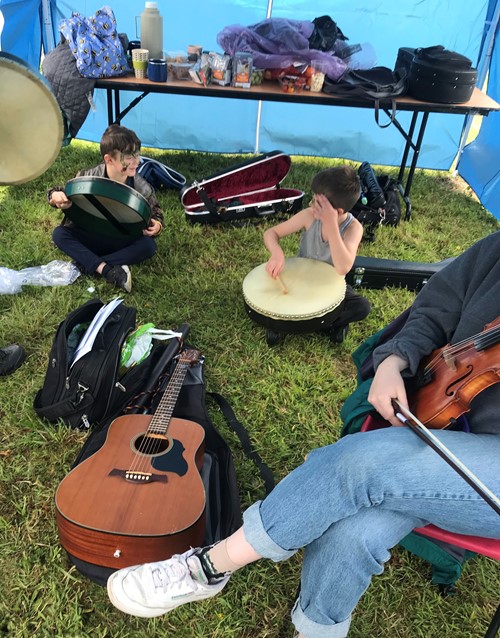 More than 20 pupils from Abercanaid Primary school were treated to a community event held to celebrate Gypsy Roma Traveller History Month, which featured folk music played on the lawns and cinema, crafts and play.

The children enjoyed an exhibition of boxing - which has been developing at the site for a while with support from the Pride Boxing initiative – along with circus skills and tightrope activities, face painting, Gypsy Traveller scrolling craft and balloon animal creating.

The activities were organised by Tywn Community Hub, pre-school playgroup Meithrin, community arts organisation Head4Arts, Masquerade Arts and 14 other partners, which all supported education and wellbeing in partnership for the event. A team from Cyfarthfa Museum also took along a 19th century oil painting for viewing.

Glynmil Site Manager Lillie Bramley said: “The day was funded by Welsh Government’s Cohesion Fund, Merthyr Tydfil Housing Association’s Fit and Fed project and Tesco, and ran smoothly thanks to volunteers who offered their time. We look forward to organising an even bigger event next year!”

• Redevelopment work has begun after Welsh Government awarded the County Borough Council a Site Capital grant of more than £500,000 to refurbish all 24-amenity blocks on the 8.3 acres of land, which has been used as a residential Gypsy/Traveller site since 1977.