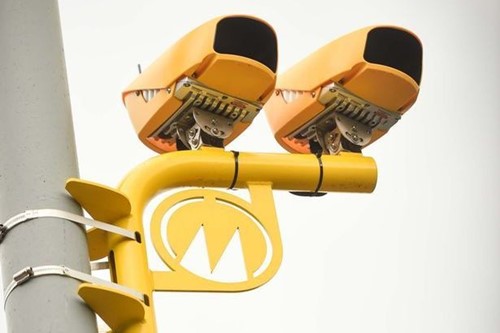 Residents in parts of Merthyr Vale, Plymouth and Treharris Wards have agreed with proposals to extend the planned average speed cameras along the A4054 (Cardiff Road).

The public consultation exercise, which took place August to September 2021, prompted over 1200 responses from residents, road users and members of the wider public, with over 63% of people agreeing with the installation of the cameras.

The consultation was carried out after speed surveys identified ‘excessive speeding on a continuous basis’ along the road, meaning action was urgently needed to improve road safety.  Several options were considered, and average speed cameras were deemed the most effective solution to reduce speeding.

It also followed a similar exercise with residents of Merthyr Vale and Mount Pleasant in 2020 and earlier in 2021, where 78% agreed with the installation of average speed cameras on the stretch of road running through the villages.

Councillor David Hughes, Cabinet Member for Neighbourhood services, said: “We are very grateful to the members of the public who took the time to have their say in this consultation.

“Residents have been voicing their concerns about speeding cars for some time, so we are pleased to now be able to take action with the backing of the majority.

“I sincerely hope that these measures will help residents living along this route feel much safer in their homes.

“Our sole aim during this process has been to make the road safer for everyone and I would like to dismiss any suggestion of this being a money-making exercise for the council – fines that are issued as a result of speeding are NOT paid to councils.  The council will be carrying out the installation, then colleagues in the Police will be operating them and carrying out enforcement.”

A grant has been secured from Welsh Government’s Road Safety Capital Fund and an eight-week tender process has now begun to secure a contractor to carry out the works. It is hoped that installation will begin in early 2022.