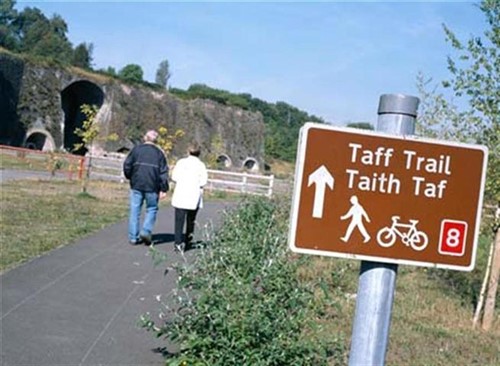 A world-renowned architect is to lead an international award-winning team of consultants to develop a masterplan to turn Merthyr Tydfil’s Cyfarthfa heritage area into an industrial heritage centre of international significance.

Ian Ritchie Architects (iRAL) has been selected by the County Borough Council and the Design Commission for Wales to develop a masterplan for a modern interpretive centre showcasing the town as a crucible of the industrial revolution and the world’s largest iron producer in the 18th and 19th centuries.

The team has been asked to develop a 20-year plan for Cyfarthfa Castle and its 190-acre park – home to the Crawshays, the famous 19th century ironmasters – and an area west of the River Taff that includes historic furnaces. The masterplan exercise is expected to take 12 months and will involve extensive community consultation.

Ian Ritchie Architects have won more than 60 competitions in Europe and the UK, and received over 100 national and international awards, including two international innovation awards. His practice has been nominated four times for the Stirling Prize, the UK’s biggest architecture prize, and twice for Europe’s prestigious Mies Prize.

Ian Ritchie collaborated with the Chinese-American architect, IM Pei, through his Paris based design engineering practice RFR on the design of the famous glass pyramid at The Louvre. His practice also designed the 120-metre high Spire in Dublin and the celebrated glass lift towers at the Reina Sofia Museum of Modern Art in Madrid. The practice has also produced masterplans for the development of the British Museum and the Humber Bridge. Recently iRAL completed the lauded transformation of the Royal Academy of Music’s opera theatre and new recital hall, winning over 20 national and international awards.

Merthyr Tydfil’s Cabinet Member for Regeneration and Public Protection, Cllr Geraint Thomas, said: “We were very impressed by the breadth of high level skills in this internationally renowned team – not only the architects as lead, but the landscape architects, public engagement and business planning teams.

“Every partner in the collaborative team structure is of international quality and reputation, and we are confident that they will come up with a plan that will allow Cyfarthfa and Merthyr Tydfil to gain the international recognition that the town’s history deserves.”

Ian Ritchie said: “The whole project team are thrilled to have been selected to work with Merthyr Tydfil County Borough Council, its stakeholders, and the wider public to develop The Cyfarthfa Plan.

“The reimagining of Merthyr Tydfil’s industrial heritage must be one that looks beyond the post-industrial into the future,” he added. “It must deliver a creative future based on environmental leadership, inventive educational development, real social value, community wealth generation at a local level and major economic investment with a national and international outlook.”

Mr Ritchie said the Cyfarthfa Plan team looked forward to ‘building on the positivity of the Crucible charrette and collaborating with the people of Merthyr Tydfil to reveal exciting stories, underlying nuances of local culture and its strong engineering history, and to exploit its unique topography through side-stepping conventional thinking.

“Enthused by the ambition of this project and what it will mean for the future of Merthyr Tydfil, the team looks forward to contributing and supporting this ambition over the coming year.”

Carole-Anne Davies, Chief Executive of the Design Commission for Wales said: “This is a further step towards realising the ambition to bring the contemporary projection of Merthyr Tydfil into line with its historical importance. The quality of this team promises a very exciting outcome that will benefit the town and the region as well as Wales as a whole.”

In 2017, the Council hosted a ‘charrette’ - a ‘visioning exercise’ bringing together architects, planners, museum and heritage specialists, artists and community groups to look at Cyfarthfa’s potential. This resulted in a report published by the Design Commission for Wales, The Crucible, calling for investment of at least £50m over the next decade to develop the interpretive centre.

The Council has since established a working group, one of the aims of which is to establish a charitable foundation to take the plans forward and to engage with prospective funders - major UK and international trusts and foundations.

A total of £1.3m has already been secured through the Council’s capital programme between 2018/19 and 2021/22 to use as match funding against any applications.