The half-a-million-pound crime fighting boost for the town

In January this year, a £25 million Safer Streets Fund was launched to enable bids from Police and Crime Commissioners across England and Wales to fund initiatives aimed at tackling crime and preventing acquisitive crime and other offences that have a real impact on the community.

South Wales Police and Crime Commissioner Alun Michael was successful in securing over £513,410 from the fund and the money is being used to launch an exciting crime prevention initiative in Merthyr Tydfil called Project Penderyn.

The Merthyr Tydfil Community Safety Partnership has identified the measures which will ensure Project Penderyn leaves a crime fighting legacy that will benefit all of Merthyr town’s residents, workers and visitors, for a long time to come…

The aim is simple: To reduce crime, detect crime, and improve feelings of safety in the town.

Making our mark with DNA to Beat the Burglars

The most ambitious property marking campaign ever undertaken by South Wales Police is being launched in Merthyr Tydfil.

State-of-the-art technology is being used to make life harder than ever for criminals, as residents will be given the opportunity to mark their valuables with a unique DNA solution, making their precious property and valuables hotter to handle and less attractive to steal.

Every household in the Merthyr Town Ward will be given a DNA property marking kit and be able to mark up to fifty separate items of property. It means that if the property is ever stolen and recovered, it can be returned to the rightful owner. It also increases the chances that anybody involved in the theft of, or the handling of that stolen property, will be put before the courts for their crime.

For that very reason, the use of DNA property marking deters offenders who avoid committing crimes in areas where the likelihood of them getting caught is greater. In some areas, property marking has reduced burglary by as much as 80 per cent.

Merthyr Tydfil’s town centre is about to become an even brighter place, thanks to Safer Streets Funded street lighting improvement programme.

As well as the town’s main streets and thoroughfares, up to seven car parks across the town, including Gillar Street, Pontmorlais and Castle Street car park, will benefit from extra energy efficient, high-output lights and lighting columns.

The aim is to improve feelings of personal safety among the many thousands of visitors who use the town’s car parks every day.

The measures we are taking will help to achieve the coveted Park Mark accreditation to officially make the town’s car parks among the safest there are in the UK.

If you’re in doubt about the impact street lighting can actually have, don’t be – improved lighting has been proven to reduce crime by as much as 17 percent. No wonder it makes people feel safer.

Watching over your town centre to keep you safe

Significant improvements are being made to the town centre’s CCTV capability. The installation of state of the art cameras at key locations across the town will make the town even safer for its thousands of residents, workers and visitors.

And that’s not all, as for the first time in Merthyr town centre, public address systems and Community Help Points will link people on the street directly to the local authority control centre, where staff will be on hand to offer help and guidance at the touch of a button.

The improvements are set to make a real difference, and they’ll work hand in hand with improved lighting to deter and detect town centre crime.

Stopping criminality in its path with alley gates

Merthyr town’s many back lanes and alleyways are of course part of the town’s heritage and are here to stay, but unfortunately they can provide cover and hiding places for different kinds of criminality.

Issues such as drug taking, street drinking, and fly tipping have blighted the lives of residents in some areas for far too long. Not only do the areas become unsightly, they present serious health and safety risks to the public, and of course leave people feeling unsafe and worried.

With alley gates, we hope to stop problems in their tracks. These lockable gates, which are installed at each end of a lane, limit access only for those people who have a legitimate reason to use them.

Alley gates will be installed in at least six hot-spot locations where we will literally be shutting the door to on crime. 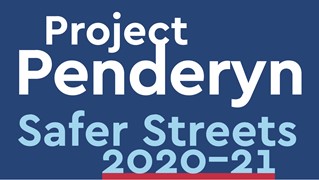