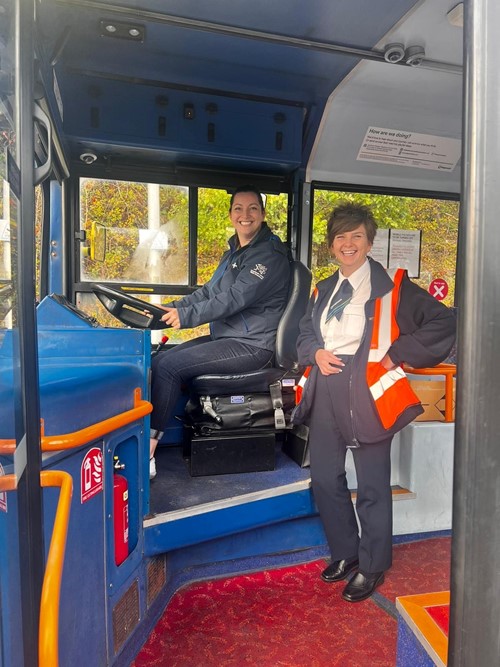 A driver recruitment day held by Stagecoach in Merthyr Tydfil last weekend was a resounding success, with more than 20 potential employees turning up.

The company’s 'try a bus' event at the College Merthyr Tydfil, which allowed people to have a go at driving a bus even if they never had before, was supported by members of the County Borough Council’s Communities for Work-Plus programme and their partners from Jobcentre Plus.

“The Stagecoach team was extremely happy with the turnout,” said Council Leader Cllr Geraint Thomas, who has been involved in a series of discussions to try to help solve the problem of cancelled bus services due to a shortage of drivers in the area.

“It was such a success, there is likely to be a further event to showcase the opportunities and reach out to the public within and around the town,” he added.

Stagecoach will pay anyone who successfully applies for a job to train to achieve a recognised national qualification in Passenger Transport and their PCV (Passenger Carrying Vehicle) licence, worth around £4,000.