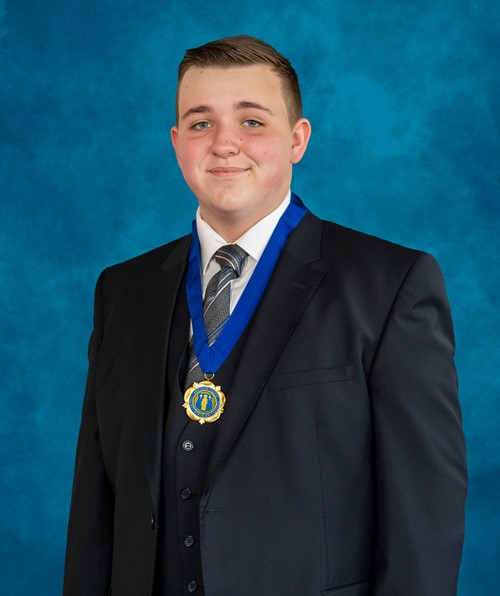 In his acceptance speech, the Youth Mayor outlined his three pledges for his term of office.  His first pledge was to ‘encourage and improve life skills into the curriculum in schools’.

Andrew’s second pledge was to increase awareness about mental health and tackle the taboo stigma that surrounds it.  And his third pledge was to encourage young people in the county borough to vote by increasing their knowledge about society and politics.

During his term of office Andrew will be fundraising for the Merthyr Tydfil Only Boys Aloud charity.

The creation of the role was instigated by the Merthyr Tydfil County Borough Wide Youth Forum (MTBWYF), whose Youth Cabinet makes sure young people’s voices are heard and make a difference to services for young people.

Young people aged 11 to 23 can nominate themselves as a candidate for the youth mayor’s role. The post holder acts as a role model for young people and attends functions and events alongside the adult mayor.